According to YAHOO news, China's mainland has made rapid rise, and the global PCB layout has also been reshuffled. According to the survey report of Dr. Hayao Nakahara, in 2019, 122 manufacturers of PCB manufacturers with more than 100 million dollars in revenue were sold in the world, compared with 118 in 2018, and 4 of them came from China, including 52 from mainland China (including Hongkong). Compared to the 2000, only 6 Chinese manufacturers' data grew significantly, while the total revenue of the top 6 factories in China grew from $961 million in 2000 to $16 billion 735 million. 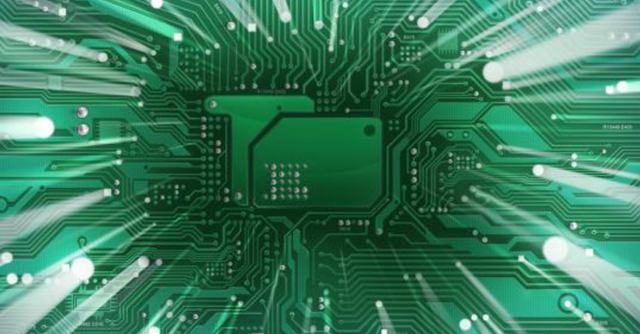 According to the regional perspective, the mainland China, which ranks the world's factory in the past 40 years, has been rapidly rising with the active support of the policy. According to the report, the number of manufacturers in each region in 2019 was 52 in mainland China, 27 in China, 18 in Taiwan, 12 in Korea, 4 in the United States, 5 in Europe and 4 in Southeast Asia. The report compares China's 2019 data with 2000 data. In 2000, there were 20 and 16 companies in the US and Europe respectively. But in 2019, only 4 or 5 companies listed on the list. Compared with Chinese mainland, China Taiwan and Japan and South Korea, the total number of entries from 2000 83 to 2019 109 shows the shift of global PCB industry in 20 years.

Taiwan is the largest PCB manufacturing region in the world, with a total production of more than 22 billion US dollars in 2019, but about 60% of its revenue comes from the mainland.

Novel coronavirus pneumonia has been a major investment in mainland China. Despite the fact that Taiwanese investment in mainland China has not been interrupted in recent years, the amount of high-end investment in Taiwanese investment in Taiwan has been growing rapidly in recent years, with the international trade, new crown pneumonia and 5G high-end technology layout becoming more and more important. At the same time, the distribution of products has begun to focus on other production bases. On the production pattern, the main components are multilayer hard plate, soft board, HDI board and IC loading board. As a whole, Taiwan, China, is dispersed in various types of product layout compared with other countries' competitors. In the area of IC carrying plate regarded as the high-end technology battlefield of PCB, Taiwan, China is now the most important IC board manufacturing area in the whole ball, leading the Japanese and Japanese enterprises and the mainland of China.

In Japan, the top 122 PCB manufacturers in the world in 2000 were 51, compared with the number of entries and output in mainland China, Chinese mainland Taiwan and Korea. Japan's manufacturers in 2019 have been reduced to 18, and total revenue in 2019 has been $11 billion 183 million, which has declined slightly compared with the 11 billion 975 million US dollars in 2000, indicating that Japan's PCB development is facing heavy pressure in recent years.

However, the Japanese factory focuses on soft board and carrier board as the largest proportion. Due to the fierce competition in the mobile phone market, the proportion of soft board has dropped to 40%. At this stage, Japan's PCB industry is transforming from communication equipment to 5g follow-up emerging applications, such as automobile, robot, biomedical engineering, etc., and the proportion of carrier board is increasing. Japanese manufacturers are still the most complete and competitive in the world in high-end PCB materials The state of contention.

Mobile phone manufacturers in China are turning to Vietnam, and FPC production is also shifting to Vietnam. Samsung's mobile phone manufacturing base in mainland China has been shut down, and Samsung motor has also closed its HDI plant in Kunshan. PCB has two major brands. Although Korea has a production proportion of 60% in China, in recent years, Korean PCB manufacturers are gradually transferring the production base to overseas areas mainly in North Vietnam, such as Si flex has no production base in South Korea; LG Innotek turns off HDI and half PCB factories in Korea, and currently only focuses on IC carrier; in terms of product development strategy, in addition to product strategy attached to domestic brand factories, Innotek has ink on smart phones, including semiconductor, infrastructure and consumer products. The supply of products is still dominated by soft board and carrier board, with a proportion of more than 30%.

According to the report, more mainland manufacturers will be listed in the future. Although consumer products are the main application fields of PCB production in mainland China, the products supplied by the mainland are still concentrated in multilayer hard boards, accounting for 80% of the total. In the past year, the mainland has been increasing 5g infrastructure and boosting 5g domestic demand. With the help of national policies, the one-stop supply chain strategy of the mainland funded PCB industry has continued to develop strongly.

ꄲ What is the charm of PCBs that are rising against the "market"?