Plate with soft hard couple, import rate is higher and higher in the electronic products, PCB industry emphasis also continues to improve, the combination of hard and soft board are mostly used in the field of mobile phone batteries, the market also gradually be huatong, xin xing, such as PCB maker to master, but the camera module, display module, wireless bluetooth headset, new applications, such as dressing device manufacturers are increasingly willing to commit, apart from a department's small and medium-sized companies outside of China, clever, "ding and several leading companies in mainland China manufacturers have begun layout.

According to Taiwan PCB association statistics, 2019 is a combination of hard and soft board is a PCB factory is one of the most strong technical category growth momentum, in the case of a low base, in 2019, the second generation AirPods cargo kinetic energy contributed a lot for this wave of growth, in addition, module usage in the advanced automotive driving auxiliary systems, combined with hard and soft board has also become part of the industry to cut to the higher order key automotive market opportunity.
Looking to the future, as the types of consumer electronic products become more and more diversified, it is expected that the advantages in design will make the combination of hard and soft board market penetration continue to rise.

The penetration rate of consumer electronics products continues to increase

Soft and hard combined board was first used in the field of battery module. Now, looking at all the mobile phone brands in the world, the use of soft and hard combined board in battery has been a consensus and may become a long-term trend.
At the same time, in order to accommodate more and more lenses in a smaller and smaller space, mobile phone lens modules have also begun to use the combination of hard and soft plate, including Korean and Chinese brand mobile phones are using the combination of hard and soft plate as the mainstream lens technology, in addition, it has gradually expanded to monitor and other mobile phone modules.
As for the lightweight and multifunctional nature of wearables, it is expected that wearables will be the next application for the mass introduction of soft and hard combination boards.

The combination of hard and soft plates is gaining in automotive electronics status, which is beyond the imagination of PCB manufacturers.
The main reason is that the technology not originally thought of for mobile phone lens module has the opportunity to extend to automotive ADAS lens module, and further attract the automotive component manufacturers to introduce the hard and soft plate into module products such as Kuangda, and become the entry brick to enter the high-end automotive market.

At present, this field is mostly competed by small and medium-sized enterprises, mainly because the market size is not large enough, which does not have economies of scale for leading big manufacturers, making this market in the stage of fierce competition among various manufacturers.
In addition to the active development of Small and medium-sized Taiwanese companies such as Yaohua and Dingying, Japanese companies that always attach great importance to automotive electronics have already laid out their plans in advance, and have also actively expanded to Chinese, European and American car factories. Coupled with the all-out development of electric vehicles by Chinese companies in line with the policies, it is very likely to maintain the market pattern of perfect competition in the future.

With cost advantage and design flexibility, the future development space is large

Looking at the technical characteristics of the hard and soft combination board, the industry believes that the hard and soft combination board is right in the middle of the design flexibility and cost advantage, so it has become the design preference of many end brands.
For example, in addition to mobile phone batteries and lenses, Korean manufacturers have imported hard and soft modules, including monitors and several mobile phone modules. According to relevant manufacturers, half of the internal and external modules of Samsung Electronics' recent flagship Note 20 are made of hard and soft modules, which accounts for a high proportion of the usage.

However, this mediocre feature is not accepted by all the industry. For example, Apple is using higher specifications of soft board to improve the design flexibility. From iPhone to AirPods, it has been actively developing away from the combination of hard and soft board.

Especially in the Internet age, the diversification of products demand means on the design scheme of diversity, under the trend of lightweight, terminal brand to effectively enlarge product scale, demand for cost control also follow to improve, the dual requirements of the border is not just a single basis points, but into a whole piece of fertile land of development prospects.
If all kinds of smart products in the future use the image sensing function, the size of the market for the required lens module, the opportunity for the combination of hard and soft plate. 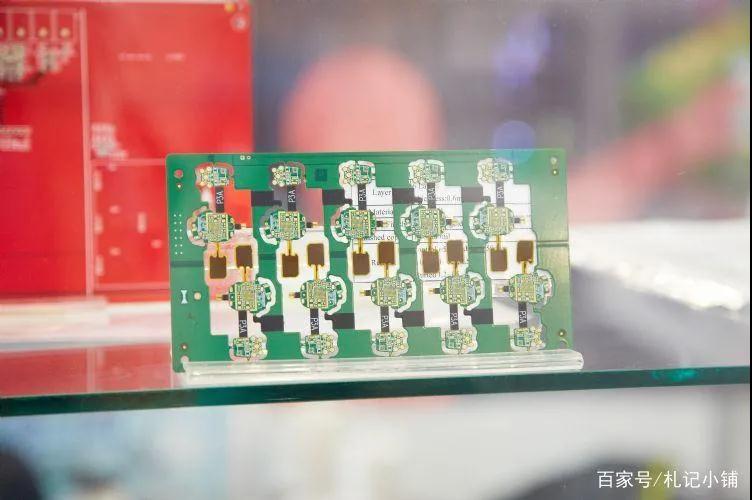 Korean PCB manufacturers such as Samsung motor and BH Flex have always been very strong in the investment of hard and soft plates due to the high preference of Korean brands for hard and soft plates. In order to meet the needs of their own brands, the production capacity scale is relatively high compared with that of other countries.

As the department of brand mobile phone camera specification is higher and higher, and began with the Korean display technology began to think of hard and soft board, seize the opportunity of development on both sides of the PCB factory, from the beginning of xin xing, huatong two giant, now more and more companies on the market, entering schools of thought contend, in the plate on both sides of the soft hard couple, under the condition of supply and technology more and more perfect, Korean companies to jump out of the comfort zone for the future orders, difficulty will only become more and more high.

As the first to enter the market, Xinxing and Huatong have a relatively large production capacity. In addition to occupying the leading position in cell phone panels, they also have certain leading advantages in lens modules such as mobile phones and tablets of Chinese brands.
In addition to leading technology and supply volume, the business policy of promoting together with the main board also gives the two companies a stable market share in the consumer electronics sector.

As for the soft and hard board supplier of Huatong's application in TWS, it is also the market leader.
Yinghua and Dingying are engaged in cultivating the soft-hard combined plate market in the field of automotive electronics. Although they are not as big as big factories in terms of production capacity scale, they still have won many ADAS application orders with a small amount of diverse flexibility. The direction of continuous development in the automotive field will not change in the future.

Still, Yaohua and Dingying won't back down in consumer electronics until premium car modules are actually deployed. Despite some setbacks in the order book, Yaohua will remain one of the main suppliers of second-generation AirPods in 2020 and will enter the iPhone panels, while Dingying focuses on the wearables related business.

Industry areas, many small and medium-sized companies have cut into the hard and soft combination plate technology, and actively expand factory is locked camera module, display module and battery module business opportunities, to date, showing a bright eye is still dongshan precision and JingWang, the two companies to supply leading mobile phone brand camera module, remains steady expansion of production capacity.
It is widely believed that due to the panel no longer has the market appeal, the future competition between Chinese and Taiwanese companies is bound to focus on lens modules, especially in the field of Internet of Things products.

ꄴ PASSION FOR INNOVATION, EFFICIENCY AND FASTER DELIVERY IS THE KEY FOR SUCCESS

ꄲ PCB China for All Types of Devices and Gadgets